The European Federation of Animal Science (EAAP) is one of the most important international organizations that aims at promoting research, discussion, debate on livestock production.

The main goal is to contribute on the dissemination of high quality and relevant animal science findings amongst the scientific communities, the livestock industry, civil society and groups with interests in this topic.

In October, the EAAP held the elections to individuate the presidents of each of its study commissions.

For all the team, it is a great opportunity and an important recognition of the quality of its own work at an international level, as well as an honor to be represented by such an expert in one of the most consistent organizations on Animal Science.

Who is Luciano Pinotti? 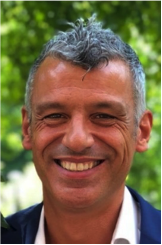 After graduating from high school, Luciano studied livestock production science at the Veterinary Faculty of the University of Milan. He graduated with an MSc in 1996 with a thesis on dairy buffalos. After his degree Luciano was selected for a research period abroad, granted by the University of Milan. He then spent one year (1996-1997) at the Institute for Animal Science and Health ID-DLO, Lelystad, The Netherlands (Wageningen University), working on dairy cow metabolism and amino acid uptake by the mammary gland.

He then returned to Italy where he started his PhD at the University of Molise. After completing his doctoral thesis (2001), he joined the University of Milan as a researcher in animal nutrition and feeding, mainly working on vitamins and vitamin-like compounds in dairy ruminants in Prof. Antonella Baldi’s research group.

In 2006 he was involved in a European project on feed safety (SAFEED), while in 2008 he was the proponent and Coordinator of COST Action FA0802 Feed For Health involving 28 countries – funded by COST (European Cooperation in Science and Technology) which enabled him to build up a robust network in animal science around Europe.

From 2011 to 2016 prof. Pinotti was responsible for the development and implementation of several projects on feed safety /feed evaluation. During this period, he was elected as member of the Academic Senate of the University of Milan. In 2017 Luciano was appointed full professor in animal nutrition and feeding at the University of Milan, where he teaches degree and MSc courses and formally supervises numerous MSc and undergraduate students as well PhD students. He is also the coordinator of the Doctorate School of Nutritional Science.

Currently he is conducting research above all on feed quality and safety/ feed evaluation with a focus on alternative feed ingredients such as former food/ex food, insect meals (field sustainable animal nutrition), and their impact on animals and their product quality. He is coordinator and partner in several national projects, and is currently involved in two international and two European projects.

“In today’s world it is essential that research is interconnected, interdisciplinary, collaborative and open. Scientific societies, such as EAAP, can contribute to the achievement of these objectives”, Pinotti pointed out.

All the team wishes him good luck and supports him in doing his best to reach the main goals of EAAP.