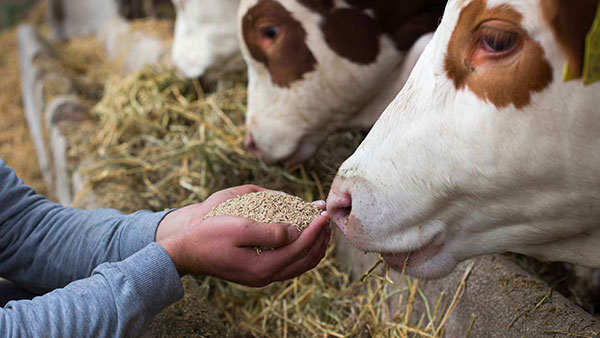 By contrast, in developed countries, the demand for livestock products is stagnating. At the same time many production systems are increasing their efficiency and environmental sustainability (Thornton, 2010). Sustainability includes the rational use of non-renewable and renewable resources (i.e. energy, raw materials), a lower load on the environment due to manure production and contaminant excretion by animals, but also with regard to animal welfare and profitability (Magnin and Piciot, 2015).

Despite these differences between developing and developed countries in relation to animal production and the supply of food of animal origin, there is a common denominator: the feed. Animal feed is the most important livestock production cost factor and represents up to 85% of the farm gate value of poultry (Pinotti et al., 2021). Feeding and nutrition have thus become increasingly important as livestock systems strive to become more efﬁcient.

The evolution of the livestock system in the coming decades is thus inevitably going to involve a trade-off between feed security, feed safety, animal welfare, environmental sustainability, and economic development. A common denominator among many of these issues, which are often politically sensitive, is not only sustainability, but also innovation, which is considered the key factor in the field of sustainable feed/food security.

Former food products (FFP) represent new/innovative sources of feed materials compared to traditional feed. Converting losses from the food industry into ingredients for the feed industry keeps food losses within the food chain. In fact, replacing 3½ million tons of former foodstuffs in feed has been preliminarily estimated to require 350,000-400,000 hectares of wheat, . Spiker et al. (2017) estimated that food waste accounts for 23% of arable land, 24% of freshwater resources used for crop production, and an amount of food per capita of roughly 625 kcal/cap/day, including large quantities of nutrients, micronutrients, and minerals.

Meeting the growing and changing demand for natural resources for both food and energy this century thus requires a sustainable strategy aimed at improving the use of land and water for food production.