Insect in animal nutrition: the next step 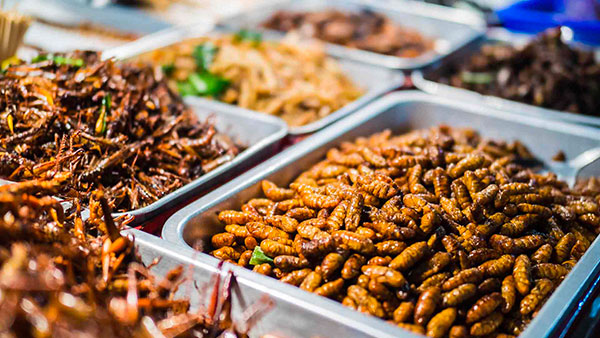 The increasing global need to find alternative protein/energy sources encouraged and promoted the research in the field of non-conventional nutrients. Insects, algae, ex-food (also termed former food products) as well as duckweed are looked as an interesting alternative protein/energy sources for feed and are expected to be increasingly used around the globe as replacers for conventional nutrients sources. A progress in this direction is the EU Regulation 2017/893 , which now permits the use of insect proteins as fish feed, derived from the following insect species: Black Soldier Fly (Hermetia illucens), Common Housefly (Musca domestica), Yellow Mealworm (Tenebrio molitor), Lesser Mealworm (Alphitobius diaperinus), House cricket (Acheta domesticus), Banded cricket (Gryllodes sigillatus) and Field Cricket (Gryllus assimilis). The use of insect protein for other livestock species is not allowed yet by the EU (even though some exception exist) . Insect contain high protein and fat whereas former foodstuffs contain high-energy in the form carbohydrates and fats and therefore, both should be considered promising alternative feed ingredients for livestock production. In addition to their interesting nutritional features, they also represent a way by which biomasses are upgraded to valuable feed ingredients. Indded, waste streams could deliver a high quality insect resource with high nutritional potential The quality of this resource would be constant in terms of protein content and quality, irrespective of the type of waste material the insect were oﬀered. However, fat and ash contents appear to be dependent on the rearing substrate, even though time of exposure is a key variable. Furthermore, there are some indications that selecting appropriate and tailored substrate, premium feed specialty can be produced and designed, opening new opportunities in raw materials and diet formulation.

Insects as feed ingredients have a great potential for several reasons:

(i) nutrient content, since they are rich in proteins, fat (and in turn energy), vitamins and minerals;

(ii) sometimes they are characterized by an adequate feed conversion efficiency compared to livestock;

(iv) great acceptance by poultry and fish, whose diet in nature is partly represented by insects;

(v) they are mostly omnivorous and can grow on different substrates.